The RobotEye RELW60 Thermal is a two-axis high performance thermal vision system with unprecedented motion bandwidth. RobotEye Thermal Vision systems are conceptually similar to conventional pan-tilt or gimballed systems in that they both effect the pointing of cameras about two axes, but that is where the similarity ends. When applied to thermal cameras with their high cost and low resolution the benefits of the fast and precise camera pointing delivered by RobotEye is amplified.

The RobotEye technology core on which the RELW60 is based enables the view of the camera to be steered while both motors and the camera itself remain completely stationary, delivering very high slew rates and precision simultaneously. The implications of this are manifold and it means RobotEye Thermal Vision systems exhibit a number of properties that set them apart from alternative systems. In particular the following characteristics have significant impact on a wide range of common applications for directable thermal camera systems, and the enabling of new applications not previously possible.

The most obvious way in which RobotEye systems differ from alternative systems is the motion bandwidth available to the user. RobotEye Thermal Vision systems significantly exceed, often by orders of magnitude the capabilities of alternatives in terms of speed and acceleration of the system aperture all while maintaining excellent precision. With aperture accelerations up to 60,000°/s2 and very high aperture slew rates, not only are common behaviours currently undertaken by pan-tilt and gimbals systems able to be completed much more rapidly and efficiently but a whole new range of applications become possible, including:

While some pan-tilt and gimbals systems are capable of very precise motion, none are capable of simultaneous precision and high speed. In contrast to this, RobotEye based systems are capable of moving with very high speed and accelerations while simultaneously delivering precision pointing of a camera’s field of view. This is because the RobotEye technology core addresses the central issue that limits the motion dynamics of alternative systems, the mass required to be moved to redirect the view of the camera.

The image below showcases the speed and precision of the RobotEye. The full image is a 114 MegaPixel panorama taken with an RELW60 configured with a TAU2 640 camera and 60mm Lens; the inset image shows a single 640 x 512 shot, the people in the image are approximately 100 m away.

The RobotEye RELW60 Thermal has been designed to operate in the harshest environments. RobotEye systems have a natural immunity to shock and vibration transmitted through the platform to which they are attached making them ideal for extended service on ground, surface and air vehicles and other mobile equipment. This is achieved because the moving components in RobotEye systems are lightweight and supported at their periphery. In contrast to pan-tilt and gimbals systems have relatively large masses supported on shafts which under shock and vibration drive large forces back through the drive train shortening their serviceable lifetime. Other factors contributing to reliability of the RELW60 include:

The RELW60 communicates through a GigE interface as standard; offering a fully featured, encapsulated control solution and image data transfer supported by the RobotEye Thermal API. C-Link and Analog/USB communications is supported for legacy systems. 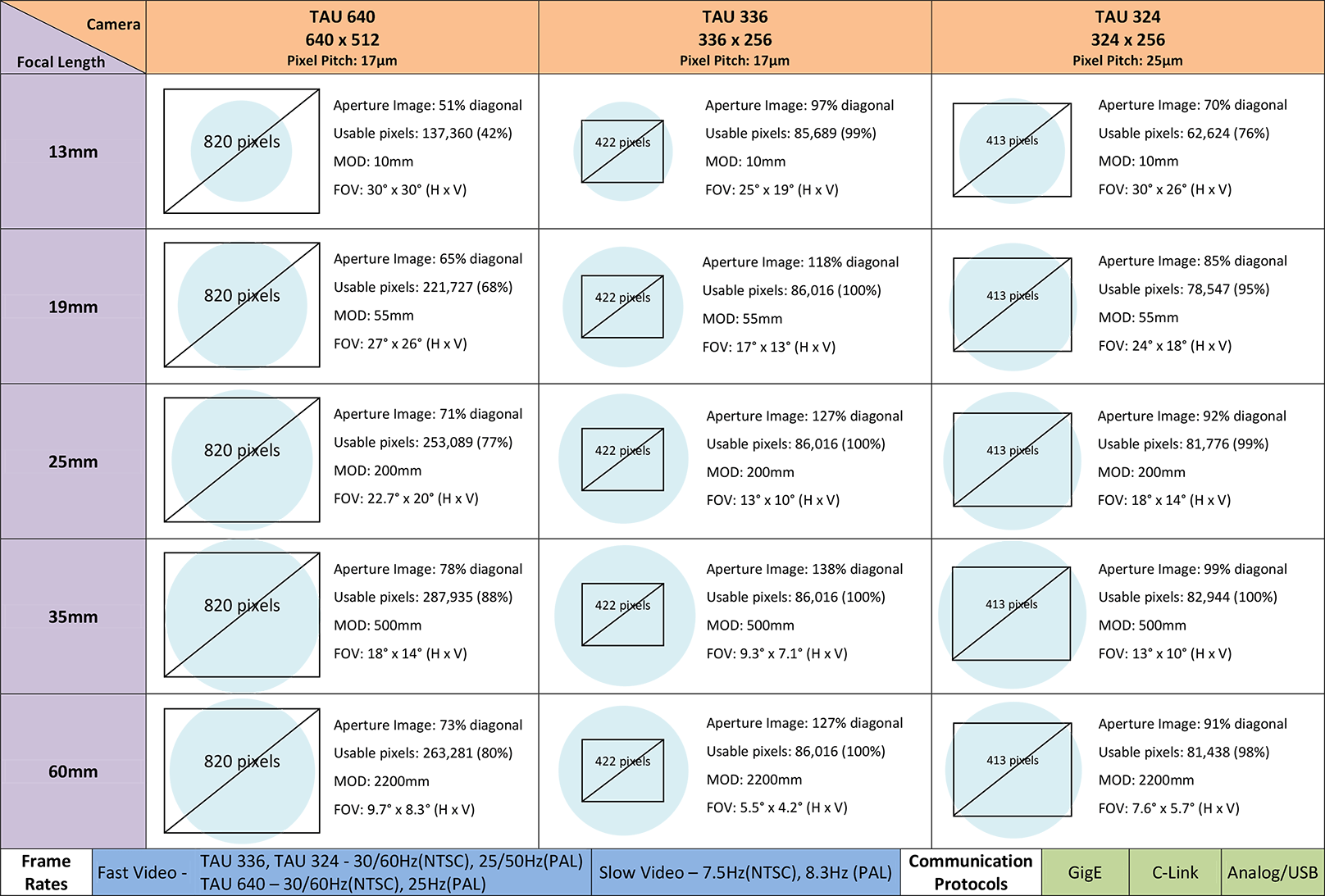